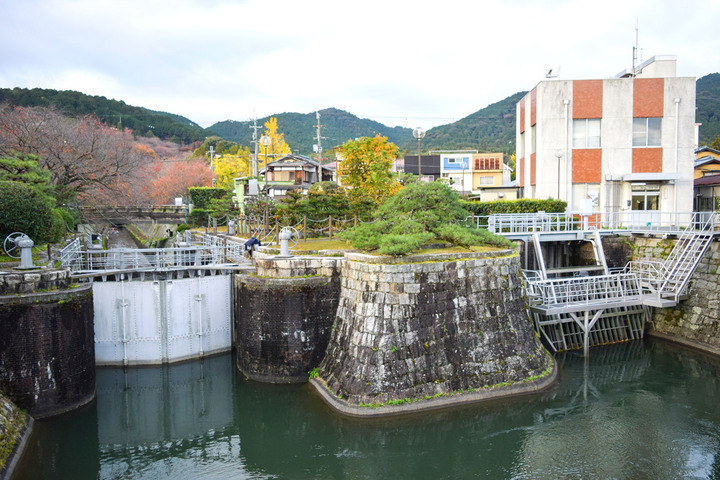 The water level of Lake Biwa is higher than that of the canal. The Otsu Lock Gate is used to adjust the difference of the water level when boats come and go between the lake and the canal.

Important parts of its structure is built using stone, and other parts are built using brick. Nearly 600,000 bricks were used. The Otsu Lock Gate attracts a lot of attention as the second oldest modern-style lock gate, following the Ishii Lock Gate in Miyagi Prefecture (an important cultural asset) that is supposed to be the oldest existing brick-constructed modern-style lock from the Meiji Era (1868-1912). Currently, the lock gate is used only several times a year: The Lake Biwa Canal Cruises boats pass through the gate at the beginning and end of the operations seasons. You can see the boats passing through the gate from the canal bank. Watching the water flowing from the lake into the canal is a veiled attractiveness of the Lake Biwa Canal.